Five Reasons that Unicorns are Better than Penguins 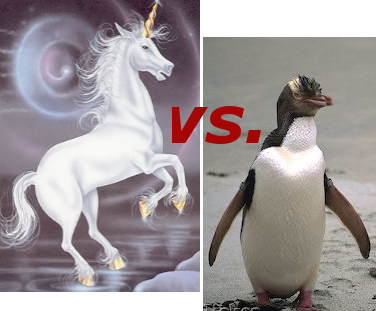 Penguins have been getting a lot of press lately. At least 300 movies about penguins to have come out in the last year, of which Surf’s Up is only the most recent. But do you know how many movies unicorns got? That’s right. Not a single movie about unicorns has been released recently, and this is simply not right. So here they are, the five best reasons reasons to protest this injustice. Five reasons that unicorns are better than penguins.

11 responses to “Five Reasons that Unicorns are Better than Penguins”