I thought of writing this piece a number of times, but always decided against it. It always did, and still does, seem like an interesting idea that would never get much traction. But, I rather like sharing outlandish ideas (see last Thursday), so I’ve decided to give this one a go.

I think the claim can be made that fossil fuels are killing people. And no, this isn’t about global warming. This is about the lives of coal miners. This summer, few Americans missed the nine deaths that came at a Utah coal mine. The first collapse trapped and killed six Utah coal miners. The second collapse killed three more in a fatal rescue attempt.

And even if those nine are the only casualties of American coal mines this year, that’s a pretty dangerous line of work. Certainly more dangerous than most of the things better-paid Americans do daily.

We should also notice that America’s coal mines, which sadly seem to always claim at least a few workers a year, are a great deal safer than others around the globe. The most visible example of this is China, where mining deaths are regularly above 4000 annually. This is a testament to both the fact that China has more coal mines, and that they worry less about workplace safety. 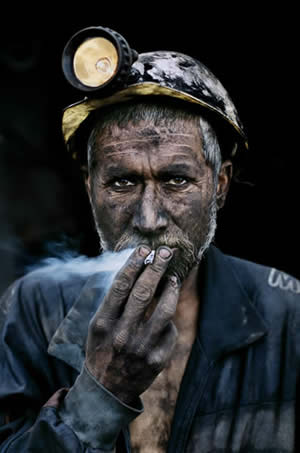 In 2004, a particularly bad year for China, there were 6,027 deaths in their coal mines. The United States only lost 28 miners. And though this country could spend time rejoicing at that disparity, we can’t overlook the tragedy of 28 Americans dying so that the rest of us could watch television, use our iPods, and read late into the night.

Surely these deaths aren’t a great problem for the coal companies. They continue to operate questionably safe underground mines, hoping that they’ll continue to be profitable in what they hope is a growing market for coal. Indeed, in both America and the world, demand for the cheap and plentiful energy provided by coal seems not to have subsided.

And surely there are safer ways to get coal. Open pit mines, where the earth is removed from the top of the coal seams, are safer for workers. That does, however, ignore the significant eyesore that such mines can become.

It should also be noted that coal is the most dangerous of fossil fuels. Many fewer die harvesting oil or natural gas than coal. But we also can’t overlook the fact, in light of these figures, that even nuclear–the ugly stepchild of the energy sector–is a rather safe technology.

As The Economist recently pointed out, “the UN figure of around 4,000 eventual deaths as a result of the Chernobyl accident is lower than the official annual death-rate in Chinese coal mines.” A grim comparison no doubt, but one that can’t easily be ignored.

Is concern for the safety of coal miners going to drive the world away from using the sometimes-dangerous fossil fuel? History points toward no. But, there is a real possibility that safety concerns can serve as another argument in favor of renewable energies or even nuclear power.

The public at large seems turned off by constant appeals about global warming. The conversions are becoming fewer and fewer as the willing have joined up and the doubtful have become more obstinate.

Safety of American citizens will not push hundreds or even the needed millions to ask for more renewable or lower-carbon energy sources. But there is a possibility that it can make people think a little harder about how they’re using energy and where that energy is coming from.

6 responses to “Fossil Fuels are Dangerous”