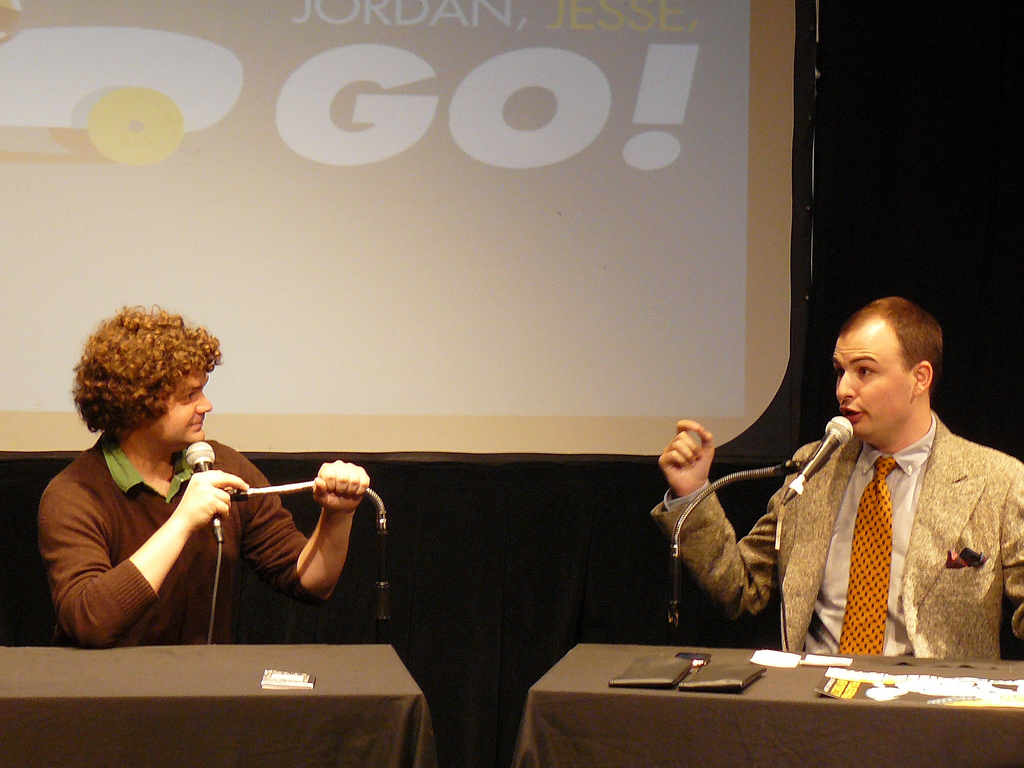 Please excuse the profanity of the title, but it’s one of those things that’s stated so simply and undeniably by someone else that I’d be a jerk if I changed it solely for the sake of propriety. Jesse Thorn penned the tweet quoted in this title over three years ago, and it still sticks in my head.

He said it about interviewing, which is his profession, but it stuck in my head because I’ve been slowly learning for at least half a decade that most enjoyable conversations have a lot in common with well-conducted interviews.

I’ve discussed it more than a little in the posts on this site, but for a long time I struggled to  have normal enjoyable conversations with people. That makes me sound a bit like a social retard, but that’s essentially because I was.

I didn’t relate to it as a handicap — I thought of it as a sign of my highly advanced intellect — but it was. The fact that I didn’t have the skill to find other people interesting really stopped me from forming productive relationships with people. And the lack of those in my life really made it harder for me to build the kind of support network that leads a person to thrive.

But, I’m slowly learning its true. All you have to do to have an enjoyable conversation with someone is to “give a shit and try.” It’s another one of those simple statements that covers over massive complexity, but it is that simple.

For a long time I just neglected to care about the person before me. I was so wrapped up in my own heroic struggle that I didn’t really care about anyone else’s. So I didn’t try.

But my last decade has been a slow and valuable sensitization process. I’ve learned so much about the value to others and myself of being there with them, paying attention to them, and having them reciprocate that attention. I look back on myself ten years ago and know without a shadow of a doubt that upon meeting my decade-younger self I’d think “what an asshole”. I hope I’d have some sympathy for the myopia that led deacade-ago me into being an asshole, but that’s harder to say.

There doesn’t seem to be a nice bow to tie this meandering into. I suppose it’s just this: give a shit and try, and you’ll soon find your world to be chock-full of nice and interesting people. And that’s a great world to live in.