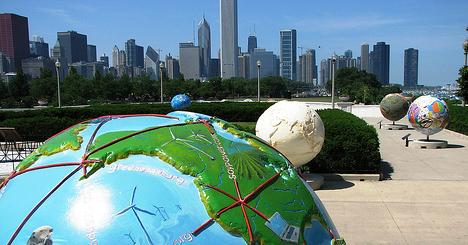 Globalization has bad rap. Some of it is, no doubt, deserved. The practice is great at giving us (in the “rich world”) poorly made plastic doodads that we don’t need, but at prices we can’t resist. By doing so it’s probably increased the amount of raw materials needlessly wasted, and encouraged the desire for similar wastefulness in poorer countries.

It’s also got a well-deserved reputation for low wages and poor safety in country where workers are glad just to be employed. Surely there should be at least some embarrassment among companies that come from the rich world that they’re essentially doing their best to move their manufacturing to places with the least stringent worker-safety regulations they can find.

All of this, and more, are the legitimate problems with globalization as it is currently being implemented. I’m not defending globalization in it’s current incarnation as an overwhelming good. It has not been.

But that does not mean that globalization does no good. Openness to trade and the shrinking barriers between nation-states means that the world is ever more entangled. And an entangled world, the logic goes, is a more peaceful world.

Consider Europe. The two largest wars this world has ever known were started by European countries in the first half of the twentieth century. And yet, here we are at the start of the twenty-first century and Europe–well, most of it–is the most diverse, stable, and peaceful continent in the world.

If you doubt it, consider that Belgium has just recently decided that maybe they should get serious about forming an operational government. Though they had parliamentary elections eight months ago, they’d not managed (or needed) to form a governing coalition. Where being without a government would have seemed dangerous just 100 years ago, today the relatively touchy people of Belgium have seen no economic, military, or health catastrophe that would precipitate a government’s formation.

Surely the devolution of power in Europe’s a great deal more than buying cheap plastic products from each other, but to envision the European Union as much more than trade liberalization writ large is misguided.

Chastened and fearful of the legacy of two world wars and the prospect of another, the free countries of Europe chose to become so economically entangled that war world be, essentially, impossible. Surely there’s more to say than that, but at base it’s what happened.

That’s a nice story, but surely it’s a little foolish to try to extrapolate it to the current world. After all, Europe’s was far more stable fifty years ago than most of the world is today. It was. And surely there are some dangerous people in the world today who could easily end some peaceful tide. There are. And surely there are people who will lose in a vast tide of globalization be they Americans made jobless or Vietnamese subjected to poor factory conditions. There are.

But painting with the broad strokes of history it’s hard to see globalization, and it’s compulsory entanglement, as anything but a good thing. America’s politicians and citizens should remember that more often.

One response to “Globalization as Entanglement”