In Defense of Voting on Character 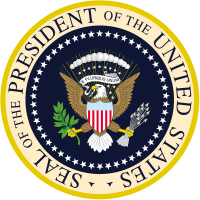 Law making, like many things in life, is about compromise. But the problems with which politicians must deal are not always about compromise. Some things are too important and too urgent to be dealt with adequately through endless compromises with other politicians and the public at large. Sometimes, in the course of running a country, laws are broken. Sometimes this is done willfully, sometimes through misunderstandings. I’d guess that it’s often done with a heavy heart.

I’m willing to guess that presidents seem to age so rapidly because they are so often forced to break laws or enter moral “gray areas” to do what they honestly feel is best for the country.

George W. Bush has deservedly gotten a lot of flack for all the laws that have been broken under his administration. Torture was once against the law. We now know that for a least a few years after September 11, it was an approved policy used by the administration. Breaking the cover of a CIA agent and subsequently lying about doing was once grounds for imprisonment. Hundreds of other actions of questionable morality and legality have no doubt occurred.

When one makes laws, they do so by fighting over inches in the hope that with enough concerted effort they’ll make progress of feet or even yards. No legislator has ever reached the end of her career convinced that she made it all the way to the end zone. That she accomplished all that she set out to do. That the laws are all of the kind and character that she would like them to be.

But much that the president does is of a different type entirely. Surely sometimes he does engage in the same game of inches that it so often played under the Capitol’s rotunda, but that’s hardly his only duty. Sometimes he must authorize snooping in violation of laws, either foreign or domestic. Perhaps he authorizes the use of force without congressional approval. Sometimes, I’m sure, he must decide whether individual men live or die.

Most of this is hidden from both the American people and the world. Part of this is probably for fear of prosecution of the president or his administration, but the full extent of government knowledge or action cannot ever be publicly known. Then there is, of course, the usefulness of allowing the American people to think that the government doesn’t make decisions in private.

Commentators often claim that elections should be decided on issues alone. That middle class Americans should have voted en masse for John Kerry, Al Gore, Walter Mondale, and George McGovern. That people shouldn’t judge their presidential candidates on anything but their legislative agendas.

Ignoring the fact that presidents lack any meaningful power to pursue a legislative agenda, the fact remains that the presidency is a job that requires careful decisions in the face of hard choices. Decisions that cannot be predicted by a legislative agenda, and so must be judged by external factors. A candidate’s temper, history, or friends are legitimate ways for the American public to judge a president’s character. To determine how she will act when faced with urgent decision for which laws provide no clear right answer.

Surely there’s less information about a person’s character in whether or not they wear a flag pin than there is in my little finger. And the fact that you once met a terrorist or were endorsed by a closed-minded bigot doesn’t count for much. But the notion that people shouldn’t be allowed to decide who they’ll vote for on more than a legislative agenda is patently absurd. I’d certainly rather have a president whose judgement I trusted than one who promised to legislate in my favor.