In Jena, Louisiana, these acrimonious relations got violent. In the culminating event, six black students of Jena High School assaulted one white student. For this action they were initially charged with second degree murder–the charges have been lowered to assault, now battery.

But the initial charges raised eyebrows across the country, not least because of the actions leading up to the assault. As Newsweek explained (in a thorough synopsis of the case): 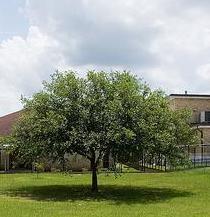 It began with a seemingly innocuous question. At an assembly during the first week of classes last fall at Jena High School in rural Louisiana, Kenneth Purvis, a junior, asked the vice principal if he could sit under the shady boughs of an oak tree in the campus courtyard. “You can sit anywhere you like,” the vice principal replied. Soon thereafter, Purvis and several black friends ventured over to the tree to hang out with some white classmates. According to the school’s unspoken racial codes, however, that area was reserved for white kids; Purvis is black. Some white students didn’t look kindly on the encroachment: the next day, three nooses hung from the oak’s branches.

This touched off a series of events that, among other damage, found the academic wing of Jena High School thoroughly burned and one black student, Robert Bailey, assaulted. The assault of a white student by the “Jena Six” is widely seen as the culmination of the racial discord, not it’s cause. And because “Bailey’s white assailant got off with battery charges and probation” some have, perhaps fittingly, called the case “a grave miscarriage of justice.”

The Duke lacrosse scandal is another of America’s recent racially charged “grave miscarriages of justice.” Three white Duke lacrosse players were falsely accused of rape by a black stripper and escort. Through the actions of a misguided District Attorney, Mike Nifong, these three men were tried by the press, found guilty by some members of Duke’s faculty, and only cleared when someone in Durham came to their senses.

Are the cases the same? Absolutely not. For one, the Jena Six clearly did something wrong, evidence now makes clear that the Duke lacrosse players did no grievous harm. At Duke, the accused were white adults, in Jena they’re black minors. In Jena, the racial element was clearly longstanding, while at Duke it seems to have been the creation of Mr. Nifong. In the Duke case, no one was ever sentenced in a court of law, in Jena, one of the six has been convicted (by a jury with 12 white members, some have noted) of second-degree battery–though the conviction has been overturned, he remains in jail. But perhaps most grievously, Mr. Nifong has been removed and disbarred, while no officials in Jena have seen any suggestion of punishment.

But the biggest difference that I see is that coverage of Duke was everywhere, both before the players were cleared and after. Coverage of the Jena case has been, at best, sparse. I’m not claiming conspiracy, and I’m not claiming that there aren’t non-racist reasons for this. But that these two miscarriages of justice have gotten such unequal amounts of attention–and mitigating action from the authorities–seems a disgrace.

One response to “Jena, Duke & Justice”