I’ve often felt that people are too quick to deny that others’ lives in other parts of the country or world affect their own. They find it easy to vote, think, and act in ways that are largely self-serving.

I can’t fault anyone for this, after all, I often do it myself. It’s exceptionally easy to think selfish thoughts. To think that you should have that really nice car or house. To think that the government should do what is best for people like you. That they should make your schools the best, your taxes the lowest, and your roads the smoothest.

But my own selfish thoughts do not stop me from seeing the problems with this way of thinking. This way of thinking can easily lead to a world in which the rich get richer, the haves have more, and they are willing and able to argue that everyone else just hasn’t worked hard enough. 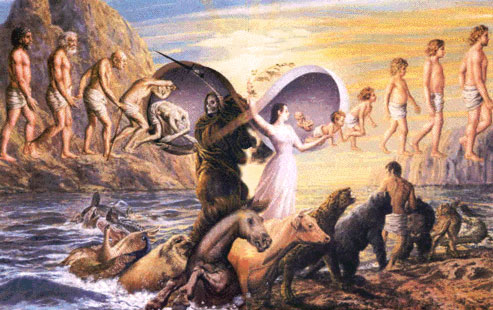 I think that more people need to recognize that though their life may not be as good as they think it should be, it’s hardly as bad as it could be. If you are reading this online, you’re at least able to read English (arguably the most important language in the world) and afford access to the internet. If these two traits strike you as mundane, you’ve only proven the point.

And so I think we need to be aware of the possibility that there was no necessity to the way our lives have turned out. We’ve merely won the “genetic lottery” as the Oracle of Omaha (that’s Warren Buffet) is fond of saying.

If you can find Buffet’s “genetic lottery” argument plausible, it can have a great effect on your worldview. If you could have just as well been born in a refugee camp in Africa or as a displaced Palestinian in Jordan, your willingness to accept the status quo would change immensely. For one, the fact that millions of people die annually from diseases that we have the ability to treat and prevent becomes a great injustice rather than the way the world works.

But some people seem willfully ignorant of this fact, willing to say that there is good reason that they’re a well-off white American. So I came up with a plan.

I will start a religion whose chief doctrine is reincarnation. Not traditional karmic reincarnation though. This would have to be completely random. Sometime after your death in some random place and time, you will be reborn.

That way, all the strangers whose life isn’t as comfortable as your own won’t be abstract people, they’ll be you. Not the present you, but the past and future you.

Will this unnamed religion ever succeed? I should doubt it. After all, I don’t have the charisma or the nerve to sell people on a concept I simply made up. And I doubt that those who I feel most need this religion would willingly convert.

But that won’t stop me from suggesting it. From asking people to at least consider the possibility.