In case you hadn’t heard, Michael Bloomberg reiterated yesterday that he would not run for President, this time adding that he’d decided that he couldn’t win. This struck many, including myself, as a rather final declaration that he really has no intention of running.

And I’m sure to that I wasn’t the only one at least a little saddened by this development. 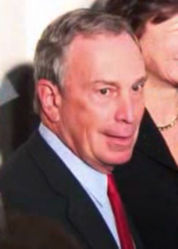 I had, just the day before, vowed that if the election really did come down to Romney and Clinton as it currently appears, I would vote for Bloomberg.

The reasons I was a fan of the Bloomberg campaign were many. For one, there was the simple fact that I know little about Michael Bloomberg as a politician. Beyond his switch from Democrat to Republican to Independent, he’s made little in the way of national or foreign policy statements, leaving the door open to a sensible and effective politic.

There is no denying the appeal of the undefined candidate, especially one separate from either the Democrat or Republican badge. It’s no little secret that America’s political parties are odd, often lacking any coherent ideology.

The “conservative” Republicans currently seem to stand primarily for the defense of the country, interests of business, and the “sanctity” of marriage (which is the nice way of saying, no gays allowed). And though many Republicans like to see that party’s aims as a defense of individuals from the excesses of government, they have proven, especially under George W. Bush, to do nothing of the sort. They’ve overreached the constitution on all kinds of personal privacy issues, they’ve passed huge budgets, and in doing so they’ve made grave increases to the national debt.

On the other hand, the Democrats are hardly more coherent as a political ideology. Ostensibly, “liberals” are for the reform of government to promote equality for all citizens and provide for responsible government. And though the ideological mind-bending is less obvious, there’s a fair share here as well.

The most obvious example of a decidedly illiberal stance is on extranational trade, where every major Democratic candidate for President has made it clear that they will do their best to “protect” the country from open trading practices. Perhaps more interesting, Democrats have also felt a need to protect citizens from the liberal use of government power under George W. This is not so absurd–and it should be noted that they haven’t done a stunningly good job either–but it certainly obscures the ideologies of the two parties.

And so, I hoped that with the creation of viable third party–or at least a viable third party presidential candidate–there might finally be some self-examination on behalf of the two parties who both seem so thoroughly entrenched with their absurdly shaped constituencies.

Perhaps all hope is not lost. After all, Bloomberg’s first denial didn’t kill all hope, why should his second? And the Unity ’08 ticket hasn’t vanished without Bloomberg as a candidate either (though it’s chances of success probably have declined).

And whether or not a third party candidate does emerge, there is a very real possibility that things will change in this mind-contorting scenario after 2008. Indeed, it is unlikely that Republicans will continue to support candidates who would sustain Bush’s policies of massive deficits, troubling intrusions into the privacy of the citizenry, and (I’m dreaming big) into their bedrooms.

For the Democrats, however, don’t expect much to change before 2016 unless we see a viable moderate candidacy.