Anyone who’s been reading Frozen Toothpaste long knows all too well about my theory that just about every important truth about life can be quickly reduced to a statement so banal that people ignore it. The classic example I reach for is “money can’t buy happiness”, which almost everyone acquiesces to at some level. Few people dispute the truth of the idea, and yet people run themselves ragged in dogged pursuit of money.

What I’m starting to come around to is the idea that it’s not simply that these cliches are cliches that makes people struggle to understand and and act in accordance with them. Rather, there’s a whole second level of the complexities of “money doesn’t buy happiness” that people don’t ever consider.

Commuting is a prime example, as it’s received a lot of study in the last few years. It turns out, most people dislike commuting, but they’re terrible at factoring that into their decisions about where to live and where to work. In a recent Wall Street Journal story, this fact was cited:

A person who commutes an hour each way has to make 40% more money to be as satisfied with life as a person who lives near the office.

Obviously there’s some fuzziness in that statistic, so I’ll avoiding prodding it too hard. But it makes my point: should you take more money and drive farther or have the less remunerative job that you can secure a few minutes walk away? Probably the latter. But get near a place with a large density of offices during rush hour and you’ll get a good sense of how most people answer the question.

What you start to realize as you think hard about these things is that “money doesn’t buy happiness” can be understood at many different levels. People understand and agree with it at the high theoretical level, but they never even engage with in when they’re burning the midnight oil, neglecting their relationships, and generally sacrificing their personal mental health in the pursuit of a promotion. They’re caught on the game-y nature of money, thinking about how big a difference that raise will make to their financial future; not engaging at all with the issues of happiness: what it means, where it comes from, and how it is maintained. 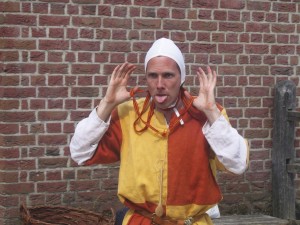 There’s a point where you just want to throw your hands up and proclaim “What fools!” After all, all the secrets to life can be extrapolated from a few stock phrases everyone knows. But that does a disservice to the huge complexity involved in all decisions, and the myriad factors that complicate every choice.

Wisdom is, more than anything else, about learning how to balance the complex factors at play in a given situation and distill the real issue from them. It’s an exceptionally hard skill to develop. It’s so easy to ignore complexity, and so hard to simplify it once seen.

So if you seek to have a happy and wise life, be on the lookout, always, for the complexities answered by simple principles. And for the simple principles which can wisely guide your actions in complex situations.