This is an odd installment of “Other People’s Words,” because even though the words are good, they’re not the primary thing I want to draw your attention to. What I want to have a look at this charming site, called “THEBLOG WEEMADE.” As the name suggests, it features drawings by young children. And the reason, as it explains it:

Here at THEBLOG WEEMADE, we find the artwork and creativity of kids inspiring, thought provoking, entertaining, and unpretentious. We think that reminding ourselves how children see the world is a valuable and enlightening process.

THEBLOG WEEMADE is a user-generated showcase. We accept posts from anyone and everyone. Scan and post your children’s artwork or your own artwork from when you were child. Found artwork. Anything!

Brian created THEBLOG WEEMADE in February 2008. The inspiration was a box full of his old schoolwork and drawings that his parents had kept over the years. Poring over all this old papers, Brian and his wife were entertained by how bizarre and imaginative a lot of the work was. He knew that there must be millions of people with similar material to share, so he decided to create a forum in which the artwork and creativity of children everywhere could be showcased.

Warning: This quesadilla may not have been microwaved–Photo by Borderline Amazing

Before we get too far, an explanation. This is the most American of quesadillas. It’s essentially a tortilla-not-bread, microwave-not-griddle, grilled cheese sandwich. A white flour tortilla–always bought at the grocery store because I’m scared of making my own. And then grated cheese, I prefer Colby Jack. And then another one of those far-from-great tortillas. Microwaved for 45 seconds on medium high, and eaten soon enough that you avoid that rubberiness that accompanies anything that sits too long after emerging from the microwave.

I did my best to make it sound bad in that last paragraph, and even now I admit I’m hungry enough for it to sound delicious. Part of it’s that cheese–store brand Colby Jack–it’s got a great buttery flavor that is sorely lacking in even the least-sharp cheddar cheese I’ve had. And that butteriness along with the stark unhealthiness of store-bought white flour tortilla’s is reminiscent of all the joy such foods brought before I knew about calories, carbohydrates, the many types of fat, and the perils of sodium. Also before I ever had any notion that many people snub food made in the microwave.

There’s a time in every child’s life–for me, it was as I finished elementary school–during which the microwave is the magic wonder that proves that you can feed yourself. You’re no longer given the stark choice between eating peanut butter and jelly sandwiches–not that there’s anything wrong with them–and waiting for an adult to come home and cook you a snack. During those years, I probably ate far more microwaved quesadillas (and microwaved hot dogs) than is healthy for anyone. But I didn’t know and didn’t care about “healthiness.”

I’d be a liar if I said that part of the new-found appeal of the microwaved quesadilla wasn’t nostalgia for those times. But I’d also be a liar if I said it doesn’t taste as good as anything I’ve cooked in well over a week. If that’s because this quesadilla’s that good or because my cooking’s that bad is an answer I’ll leave for a different time and place.

Foreign films have a reputation for being boring. So, a random line from this one:

Mickey Mouse is a fascist! I said don’t read it!

If that’s doesn’t make you sit up and pay attention, nothing will. The line also succinctly explains the chief struggle in Blame it on Fidel (La Faute à Fidel).

Young Anna is a moderately spoiled and conservative nine year old in France in 1970. Conservative not in a deeply political way, but the casual conservatism of child who rather likes her Catholic schools and the nuns that teach there. And rather likes having a big house with a big yard. And rather likes her family’s housekeeper, a Cuban émigré. And seems closer to the woman, Filomena, than her parents. She also share’s Filomena’s distaste for her visiting aunt and cousin–refugees from Franco’s Spain who the refugee from Castro’s Cuba recognizes as socialists.

When the housekeeper’s suspicions–that Anna’s parents would become socialist crusaders–are proved correct, she’s dismissed. Anna’s parents have found passion for socialist movements and are driven to help Salvador Allende’s ascent to power in Chile. To truly pursue this dream they must give up their home and her father’s high-paying job as a lawyer.

This in the first of many seemingly-unbearable changes with which Anna must contend. The move into a smaller apartment and recruitment of a new childminder–a depressed refugee from Greece–don’t help her chronic dissatisfaction with all the changes in her life. She’s further insulted when her parents take her out of divinity lessons, well aware that her socialist cousin had been removed from them as well.

Told that saving is the only way get the money she sees as necessary for the life she wants, Anna takes to pinching pennies, and sometimes even stealing them outright. She regularly turns off as many lights as possible, as well the water heater. Of course, the results aren’t nearly what she desires, seeming to do little more than make her have cold baths from time to time.

What’s amazing and worthwhile in this strained relationship between Anna and her parents is the extent to which it lays bare the logic of arguments hashed out all over the world between radicals and reactionaries. For example, a conversation between Anna (emphasized) and her father after being tear-gassed at a protest:

Me. Me. Me. That was group solidarity! We’re here for your future.

When you’re older, you’ll see that we were right. In Spain they kill men like Quino [Anna’s uncle, killed by Franco’s men]. In Latin America the poor live in shacks.

Ok. We have to help the poor and be polite to them, but why do all that? Let’s do like Granny [who lives in a big house and sometimes donates clothes to the poor]!

The whole thing is by measures inspired and absurd. And much of it delves into history and cultural references that I can only begin to understand. But none of that’s much of a problem. The films constant understated humor sustains the drama throughout.

On the whole, I think it’s a great and important film that I feel certain more should see. 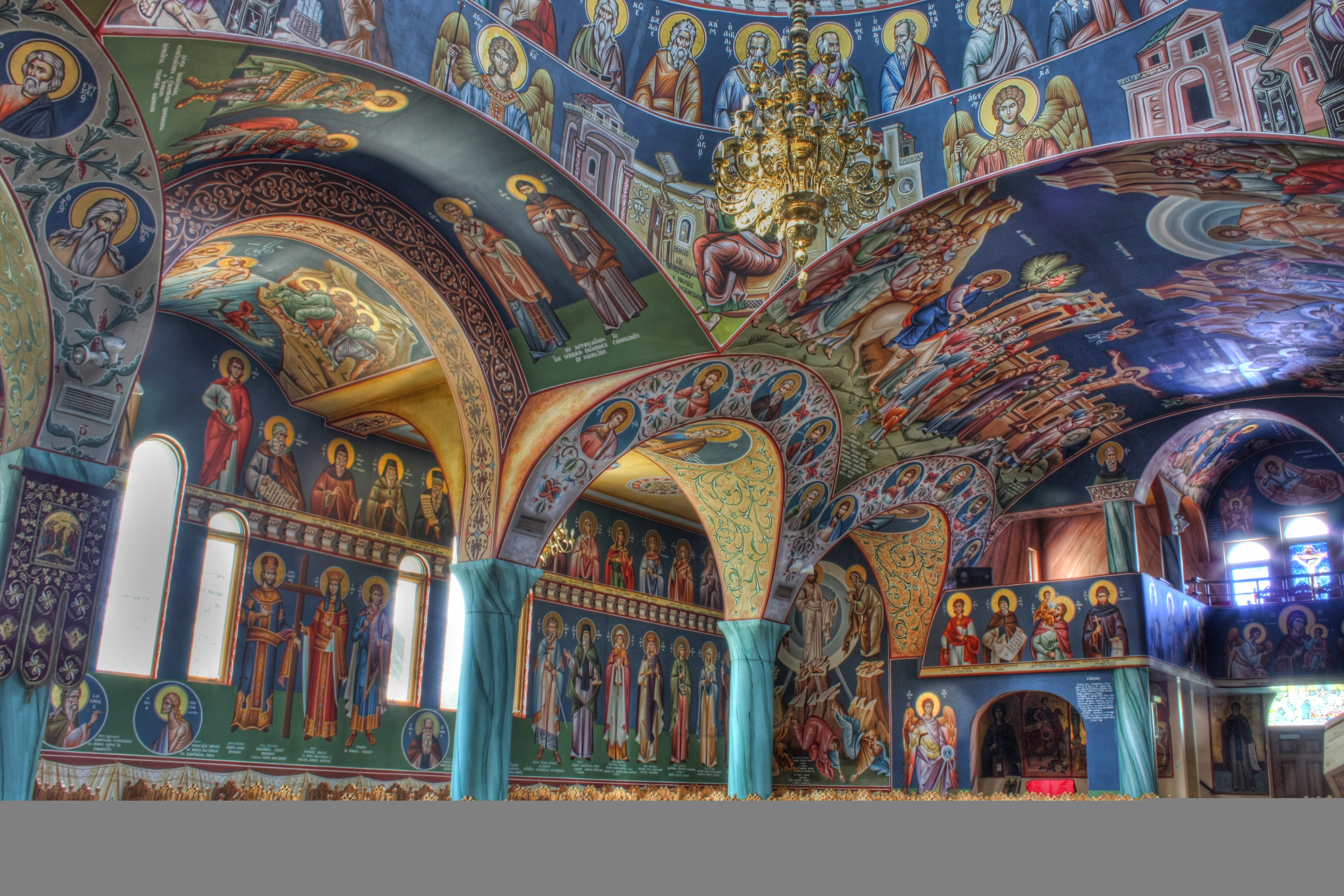 Glendon, of The Flying Trilobite, was kind enough to invite me to play a little game of tag. Believing that we should play as many games as possible, I’m going to play. But I’ll follow the rules only by half. I am too lazy to ever follow rules exactly.

So, here are the rules, as I read them.

Before I begin, I have to call to mind a quote which seems terribly relevant:

We confess our little faults to persuade people that we have no large ones. — Francois de La Rochefoucauld

And now, eight things. About my childhood and the animals we had.

An explanation of what a Retroview is can be found here, though it should be pretty clear from this text.

The first time I read The Little Prince, I think i was probably around 16. That’s pretty old for a book stereotypically for kids, but I’ve never believed in being held back because my parents didn’t know that there were better books out there.

I was actually reading it (in English) because we were going to read it soon in French class (in French) and I believe in having as many advantages as you can. But I was surprised by the book. In the best possible way. Though the translation was sometimes clunky, it was always charming in a way that made it clear that the original was too.

The story of the little prince is rather simple. A little boy leaves his home planet, of which he was the only inhabitant, except for his rose, and travels awhile before arriving on Earth and meeting our narrator, a stranded pilot, in the desert. It’s not the plotting of the book which makes it great though, it’s the quiet charm of the way in which it is told.

It begins with the narrator explaining that in his childhood, he was discouraged from drawing because he had no great talent for it, nor was there any respectable future in it. But this serves only as an excuse for the poor pictures that accompany the story.

Most notable though, are the little jibe against adults that pervade the story. The five men that the little prince meets on his journey that leads him to earth serve to remind all of us of our predisposition to self-importance, even when we lack any legitimate reason for feeling that way.

The narrator also subtlety suggests that all our values are wrong. That those of the little prince, of simple wonder at life, of the role of little things that are personally rather than publicly important, are far more worthwhile.

This is what I always have, and still do, love so much about the book. It offers an alternative to all the way that we can go wrong.

If one refuses the possibility that a child can be wiser than an adult, this book could become grating. But if you’re at least willing to accept the possibility, give this charming little book a chance.