We humans are complicated and intelligent creatures. We know a lot of stuff. A lot a lot. We can name hundreds of different plants and animals. We can cook. We can speak a language. We can read that same language from symbols put on paper. We can make paper. We can understand what it means to make things. We can understand abstract concepts that have no relationship to the physical world in which we live.

But we know these things in different ways. Some things we know so well we can do them without thinking. We can eat, breathe, and move without even thinking about it. We know those things so deep we almost never think about the act itself.

END_OF_DOCUMENT_TOKEN_TO_BE_REPLACED 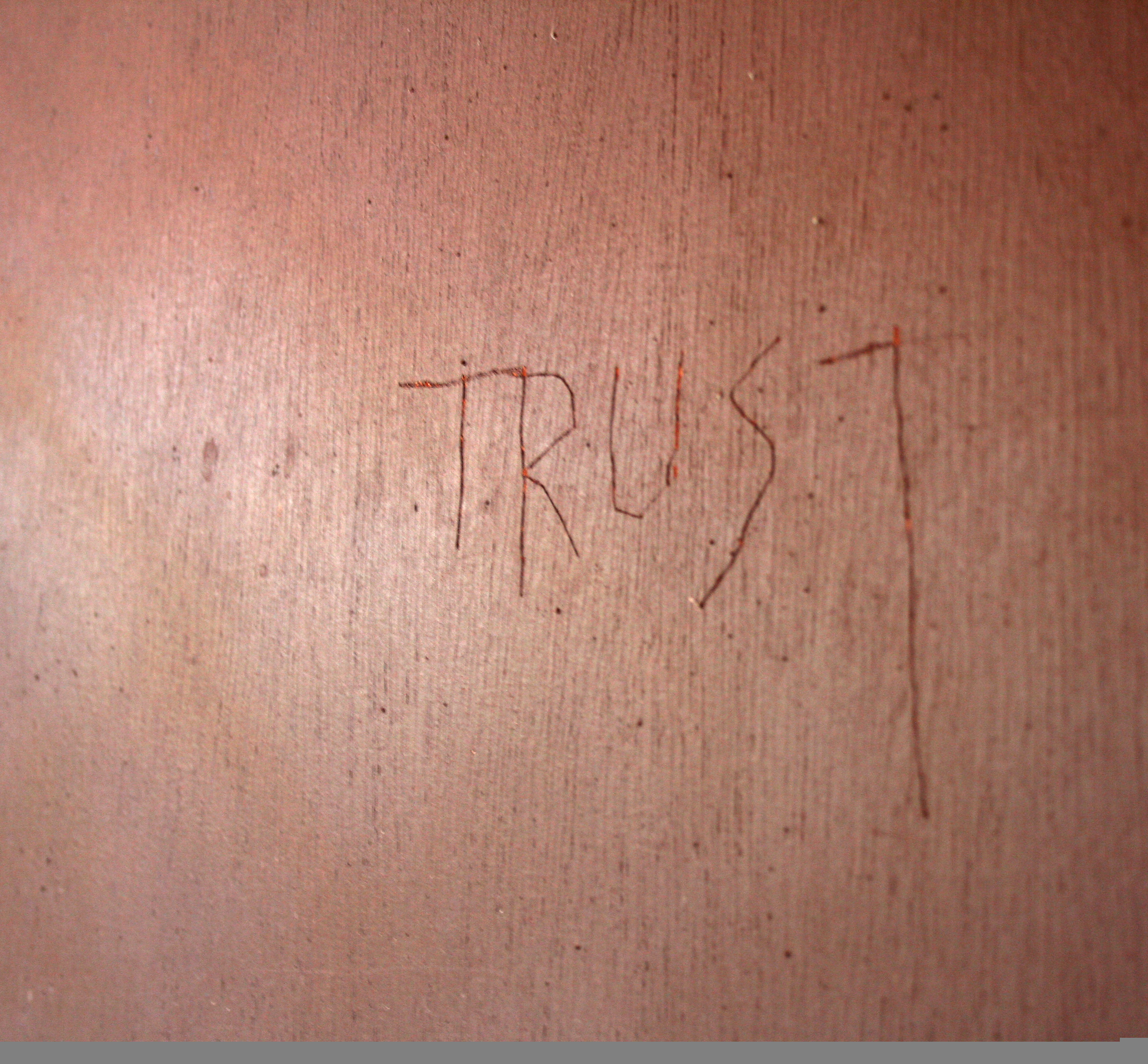 The thing about fear is that you feel it. Every part of your body is animated when you’re afraid. There’s a sound reason for this: you’re probably scared because you’re in danger. You’re probably in danger because something bigger, stronger, or more powerful than you is threatening. And in the face of this threat you’d probably benefit from being ready to fight or flee. So fear is there for you: tensing your muscles, putting everything on high alert.

And then you walk up and ask the girl, “Wanna go out on Friday?”

When you trust that things will work out, whether in your life, or your afterlife, or the world that you leave behind, it’s much easier for you to face down fear.

One of the harder things about rational handling of fear is that we don’t really have a good handle on what to do with fear. It’s a really dominant biological sensation that gets in our way and makes it hard to do a lot of things. But it’s also so dominant that the best answer we typically have is to “power through”. And there’s clearly some usefulness in that “feel the fear and do it anyway” school. The intellectual gap is best handled in the present moment by not letting the biological response determine your action.

But I think there’s a more powerful, if slower, way to cope with fear: trust. This can feel a little out there, but I really do think there’s nothing more powerful as an antidote to fear than having faith and trust in something. How many Christian martyrs do you count, made strong by their faith God? How many activists do we admire who went on fearlessly because of their trust in the worthiness and purity of their cause?

When you trust that things will work out, whether in your life, or your afterlife, or the world that you leave behind, it’s much easier for you to face down fear. To know that your cause is worthy, that your actions are just, that you’re on the right side of the truth. With these on your side you can do things that astonish the rest of us, sitting worried about how we’ll pay the bills and where we’ll ever find the love we desire (but don’t necessarily feel we deserve).

Cultivating trust, though, isn’t easy. It’s a scary thing, to take the leap of faith that while this girl will turn down your request for drinks she won’t chastise you for asking. It’s scary to believe that while your boss doesn’t necessarily think you’re ready for a promotion just yet, she really does want to do what’s best for you. It’s sometimes hard to have the strength to believe that threatening-seeming actions of people may be their best attempt to deal with their fear. That your nonviolent resistance will convince the indifferent world of your humanity and right to be treated fairly.

This faith isn’t free, and it has its hazards. But if you’re looking to diminish the fear you feel in your life, starting to cultivate a trust in the things that make you afraid is almost certainly a great place to start. Can’t do that? Trust in something bigger than the thing you’re scared of and don’t yet have the ability to trust.

Think through the fear, feel into into it, make an effort to feel that trust. Offer that thing you’re scared of a bit of trust that it’s not as bad as you fear. Progress is likely to be slow: we make indiscernible amounts of progress in each attempt. But small changes add up, and  eventually you may be able to do the things that scare you without that slightest race of your heart.

Today’s “Other People’s Worlds” is about the age-old question of belief versus atheism. It’s also a rather oddly cited quote, for which I apologize. It comes from the philosopher William James’s “The Will to Believe,” one of the most famous Christian apologetics. In it, James argues that belief (in God) is a choice that one must make, and by equating agnosticism with atheism, he says there are essentially two choices. As an apologist, James argued in favor of belief.

However, in this passage, James is quoting Fitz James Stephen who talks about the religious choices that underpin a person’s life. (I have taken some liberties with the formatting.)

I began by a reference to Fitz James Stephen; let me end by a quotation from him.

“…In all important transactions of life we have to take a leap in the dark. … If we decide to leave the riddles unanswered, that is a choice; if we waver in our answer, that, too, is a choice: but whatever choice we make, we make it at our peril.

“We stand on a mountain pass in the midst of whirling snow and blinding mist through which we get glimpses now and then of paths which may be deceptive. If we stand still we shall be frozen to death. If we take the wrong road we shall be dashed to pieces. We do not certainly know whether there is any right one.

“What must we do? ‘ Be strong and of a good courage.’ Act for the best, hope for the best, and take what comes. … If death ends all, we cannot meet death better.”

Jesus Camp is a documentary that examines the Evangelical movement in the United States. It does this by following a few Evangelicals (I believe they’re mostly Pentecostal) for a time. And on the whole, it does a fairly even-handed job of this, not seeming to judge its subjects, merely to present them.

This may be because the directors felt no need; the film’s chief evangelist (Becky Fischer) is herself somewhat reactionary and off-putting. Her essential claim, stated very early in the film, is that America’s children need to mobilized for Jesus because Muslims around the world are fervently converting their children and arming them for a coming conflict.

To overtly critique the film’s subject, the directors have relied on a single liberal Christian radio talk show host, shown making his own show about the dangers of the evangelical movement and his view that it’s essentially missing the message of Christ.

Visually, the film is very stark. But the subjects are generally lively enough to compensate. The most important players in the drama are children: there’s Levi, 12, who is aspiring to be a preacher. Rachel, 9, who feels moved to tell a twenty-something in a bowling ally that God loves her and is thinking of her, is also particularly memorable.

Overall, the movie paints a pretty useful, if somewhat frightening, portrait of the movement. It seems to gloss over certain aspects of motives and aspirations. The characters feel slightly underdeveloped, all getting enough time on camera, but none really probed or examined in any meaningful way. That is, we see these kids at church and at camp, but with little explanation of their motives for being there.

None the less, we are given a good look at what does occur at such camps. In one striking example, Becky Fischer tells weeping young children that there are fakers among them, and that they need to admit and cease their lying because “there can be no fakers in God’s army.”

This scene and others raise some interesting questions about the most radical elements of the movement. Levi, in some ways the film’s star, is home schooled by his mother in the ways of Creationist science. His book asks him, a middle-school aged child, to explain how global warming is clearly not a real problem.

Perhaps more jarring, is the scene in which a man speaks to the children at camp about abortion. I was shocked, not least of all because most of the children at this camp were between the ages of 8 and 13. This left the man on shaky ground, teaching children who probably don’t even know the biology of reproduction what abortion is and how it is bad.

Regardless of all of this, I couldn’t stop wondering about the future of these people. Repeatedly throughout the film, adults are telling these children that they are the most important generation, and that they can win back America for God. Most of the children shown seem enthused with this idea. I was left wondering how many of the children at this camp actually felt that way. How long those shown would continue to feel that way. Would they all, if revisited in 5 or 10 years time, still be a fervent in their beliefs, or would some become cynical.

Regardless of these questions, there is no denying that Jesus Camp tells some compelling stories, and in a fairly even-handed way. If you’re curious about evangelism (especially its extremes), Jesus Camp makes a good introduction.