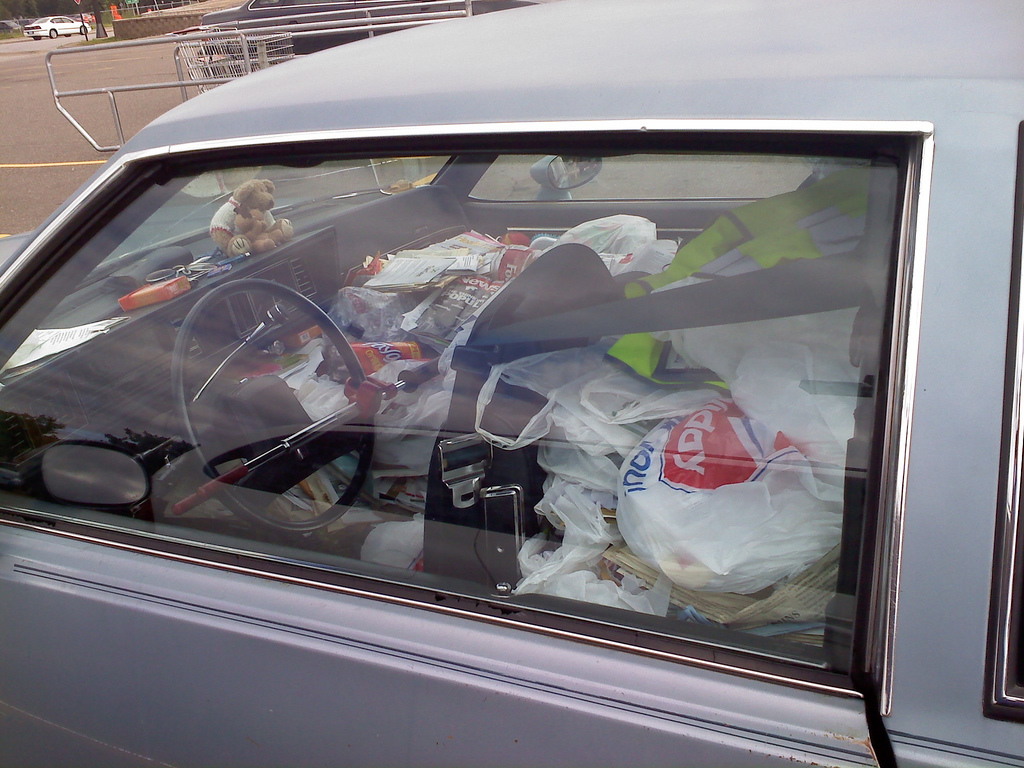 Sometime in the last decade — I don’t follow or care enough to tell you more exactly — America discovered and fell in love with the idea of hoarding. A “hoarder”, as you might expect, is a person who keeps stuff — everything from old newspapers, to packaging from old purchases, maybe metal scraps, collectable memorabilia, whatever — to great excess. The reasons there were (and maybe still are) about five different cable television shows about this phenomenon are not for this essay. But the core behavior of hoarding — and the fact that it’s so clearly seen as unhealthy and meriting either ridicule or correction — is.

Hoarding of physical goods is obvious, visible, and problematic. It creates unsanitary and largely uninhabitable physical spaces in which the room for the person is slowly crowded out by the collected items, whatever they are. It’s a health risk, a social risk, and most of all, it worsens the underlying mental problems that led a person to start doing the behavior in the first place. Having 50 delivery pizza boxes in a collection is a great reason to keep numbers 51 – 5000, for example.

Now the leap: a lot more people than make physical hoards have mental hoarding tendencies. They suck up things: for some it’s petty resentments, for others it’s every possible complimentary behavior or event seen as flattering. And many people walk around with a head full of this stuff — facts, memories, words, or phrases faintly remembered or very vividly recalled — that form the basis of how they see themselves and how they relate to the world.

People have a tendency to hoard feedback about their position and identity in society. They collect the knowledge that “Sue, Mom, Grandpa, Billy, and Sam all think I’m really smart” and build that into a narrative — “I must be a really smart little girl” — that they use to shape their future behavior. They hoard the feedback and let it constrain their actions.

Smartness is one of the more subtlety problematic kinds of identities people carry around, but there are many many others. Some other subtle candidates are being the nice one, the resolute one, the strong one, the social one, the pretty one, the moral one.  Some obviously problematic identities: the mean one, the wronged one, the shy one, the materialistic one, the fearful one, the dumb one, the quiet one, the gossipy one, the vain one, the worthless one.

The problem with this hoard of stories supporting some identity, or set of identities, is just the same as with a physical hoard. All the baggage of the story and the detritus of “This one time I was the first in the class to get the answer to an impossible math problem…”, “Once I figured out a solution so good…”, etc. is that it constrains you. Consider yourself smart and you shackle yourself to always having the right answer. Consider yourself shy and you shackle yourself to an identity as a uncommunicative wallflower.

These identities and the stories we collect to support them are our prison. The walls aren’t strong or fortified; but these stores form a permanent and fast moving layer of detritus that will shift beneath you like a sea of take-out food packaging you couldn’t bring yourself to throw away. They don’t explicitly confine you, but they do slow your movement and block your freedom just the same.

Hoarding identities, or identity-forming stories, is a problem that doesn’t make good television. And it also doesn’t seem so obviously problematic as a person who has crowded out their personal living space with things that most don’t consider valuable. But it’s just as stifling.

When a hoarder is out in a park, their collecting isn’t visible to the world. Mental hoarding is always as invisible to the outside world. But the damaging effects are the same. How much mental baggage do you carry? How much does it constrain you?