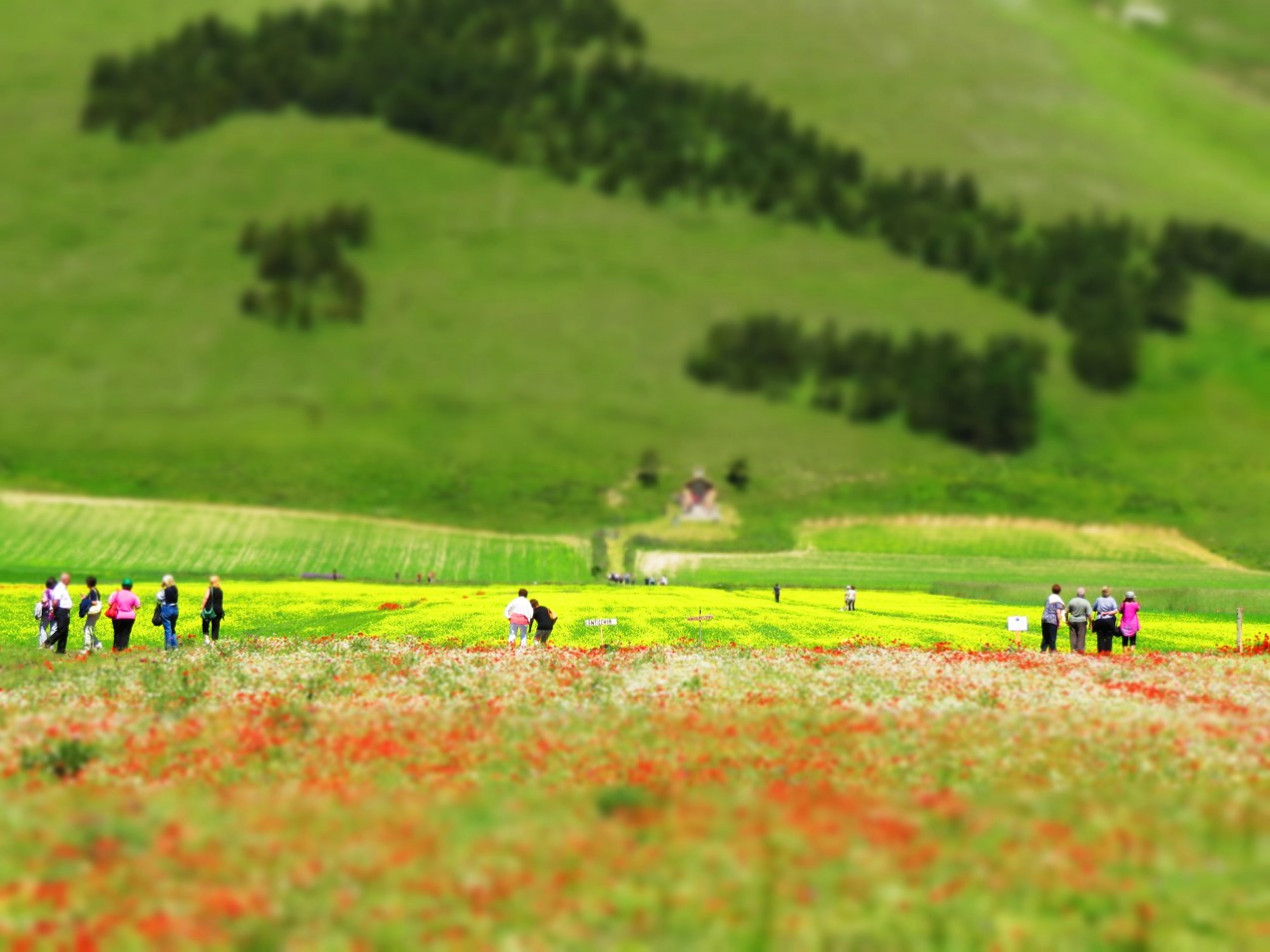 There are a lot of jobs in the world. Roles that we can fall into and inhabit and make things happen by doing. Though we may someday live in a world where the need for human effort is nonexistent, we’re not there yet. So we can show up, do our work, collect our paycheck, and go home.

But there must be something beyond that. When you consider what it is to be alive, I always come up with a hope to leave this place better than I found it. And to do that, something more is required than filling in a hole in a large organizational chart. To actually make an impact you must do something more than your role, you must have an impact larger than yourself.

And that impact should have the effect of increasing the amount of human flourishing in the world.

We humans can be a competitive and jealous bunch, but we find it hard to begrudge for too long the people who’ve really made a tangible, positive impact in the world. Surely we can disagree about the specific of those terms — maybe a politician can qualify, maybe a soldier can — but we can’t really ignore those who pull it off.

So I guess I bring this up mostly as a mission: I want, more than anything else to increase human flourishing in the world. I’m still not sure the best way to do that, but I know it’s the most worthy goal I’ve found.

Far out in the uncharted backwaters of the unfashionable end of the western spiral arm of the Galaxy lies a small unregarded yellow sun.

Orbiting this at a distance of roughly ninety-two million miles is an utterly insignificant little blue green planet whose ape-descended life forms are so amazingly primitive that they still think digital watches are a pretty neat idea.

And so the problem remained; lots of the people were mean, and most of them were miserable, even the ones with digital watches.

Many were increasingly of the opinion that they’d all made a big mistake in coming down from the trees in the first place. And some said that even the trees had been a bad move, and that no one should ever have left the oceans.

And then, one Thursday, nearly two thousand years after one man had been nailed to a tree for saying how great it would be to be nice to people for a change, one girl sitting on her own in a small cafe in Rickmansworth suddenly realized what it was that had been going wrong all this time, and she finally knew how the world could be made a good and happy place. This time it was right, it would work, and no one would have to get nailed to anything.

Sadly, however, before she could get to a phone to tell anyone about it, a terribly stupid catastrophe occurred, and the idea was lost for ever.

Perhaps I was the only one it miss it, but until yesterday (when it appeared on ABC’s Nightline) I was unaware of this incredible project. Hometown Baghdad is a series of vignettes–or episodes if you prefer–about what life is like in modern Baghdad.

The show, which was released from March to June of this year, uses short (two to eight minute) episodes to show many aspects of what life is like for its three protagonists–all middle-class male twenty-somethings living in Baghdad. Though we could rightly question the reasons for choosing such similar people, the show is still compelling, interesting, and worthy of attention.

Hometown Baghdad shows how people live day-to-day in the war-torn county’s capital. That people are still living in Baghdad was something of a revelation for me. This is something that is clear in the abstract, if asked the question, “Are there average people living in Baghdad?” I would have of course answered yes.

Hometown Baghdad not only asks that question, it answers it. We see these three men struggle with some very normal things: friends leaving, dating, surviving summer heat. And yet we also see them pinned into their homes because of gunfights in the street outside, worrying about getting home by curfew, and the results of some misguided US military actions.

This incredibly ordinary life in incredibly extraordinary circumstances was, for me, the surprise. These men, though their country is full of frightening events, keep going outside of their door. Keep seeing their friends, keep going to school. I’d never have thought normal life was possible inside a war-zone, but I suppose I’m merely learning that all life is normal.

Hometown Baghdad also conjures up some complicated questions. As Saif complains about life in modern Baghdad, I wondered if it was better for him under Saddam. I wondered if it would be better if the US forces exited Iraq immediately. I wondered if the surge has had a positive impact on life in Baghdad.

These questions are not unusual, but the way we can see them through Hometown Baghdad is. Rather then seeing the “war” as a question of “winning,” “casualties,” or “terrorism” we have to question its impact on everyday life for Iraqis.

Does this open a magic window through which we can see the proper way for America to proceed in wading through this quagmire? Of course not.

But it renews our ability to consider the outcomes in light of other factors. To consider not only the lives of American soldiers, their families, and politicians, but the lives of average Iraqi citizens. It is this which is new, and very worthwhile. And that is the reason that you should watch Hometown Baghdad.