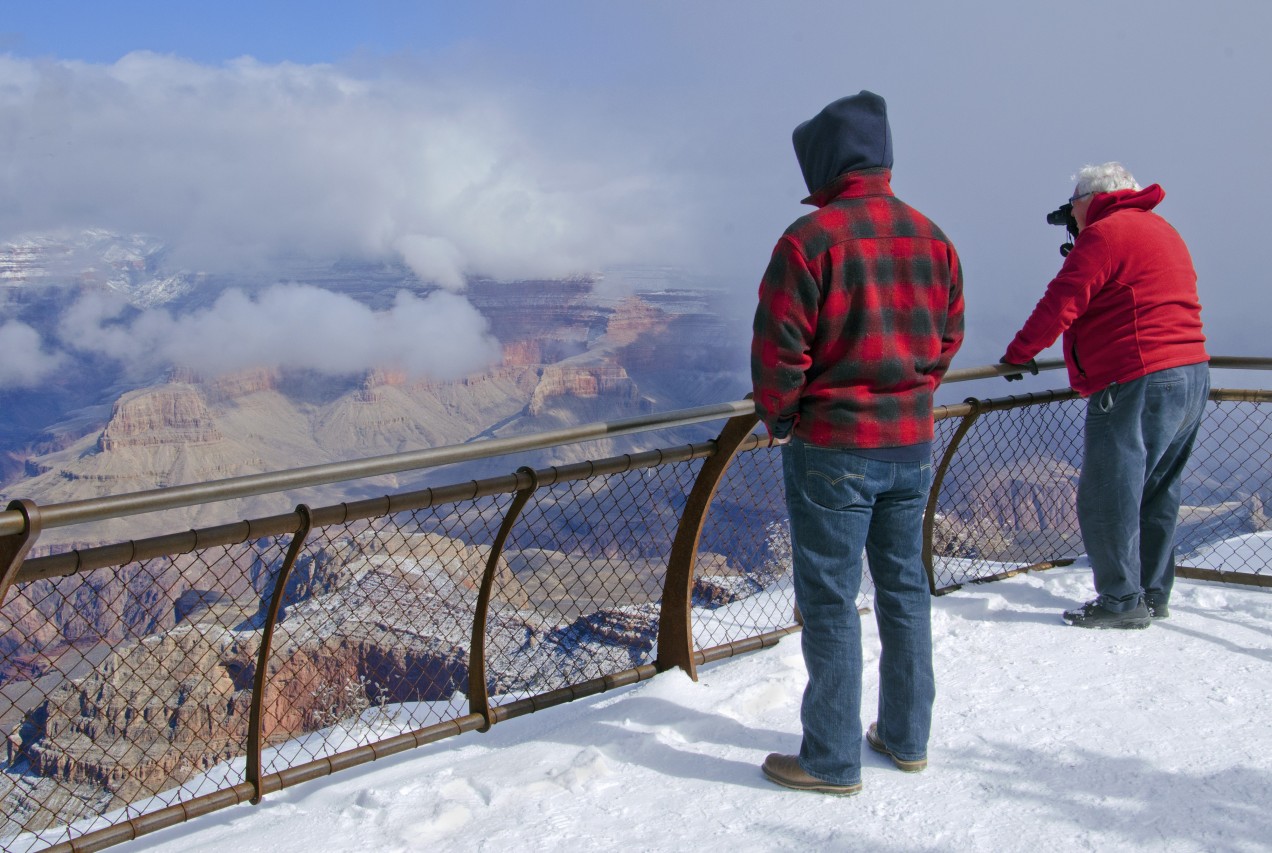 When I think back on the things that I believed as a self-assured young twenty-something, one of the more glaringly dumb ideas that comes to mind was my distaste for “small talk.” I even wrote an essay on this site pretty clearly (and aggressively) elaborating my reasons. Surely, there was some merit to it — even today I can find constant discussion of the weather, sporting events, or other recent news, kind of dull — but it was blind to a whole other facet of reality.

When I most enjoy a conversation, it’s when we’ve moved beyond the superficial and safe topics. It’s when we’re talking deeply about some topic that people don’t talk about much for fear that it exposes too much of themselves. Some of my most cherished conversations were ones about dealing with overwhelm, fear, or other traditionally protected topics.

Where my 21-year-old self was woefully stupid is that I thought it was either possible or desirable to just drop into a conversation with a stranger and expect to talk about something as deep as their spirituality or their highest aspirations for their time on Earth.

Most people are, understandably, protected and a bit apprehensive to dive in deeply very quickly. Time has taught them that they can’t and shouldn’t just trust every stranger with their deepest hopes and fears. This is a rational and understandable protection strategy. And even as I frequently pined for a world free of small-talk, I engaged in this very protection strategy. I just didn’t understand this logic of protection.

To disclose their deepest secrets to someone, anyone with a self-preservation instinct will want some assurance of safety. And for most people, trust that they understand a person, their drives, and motives is that assurance. And without some history of interacting with someone and having good outcomes result, people are unlikely to touch any topic that has a reasonable probability of leading to a bad outcome.

Now I get that. And I’m getting better at, “Hello, stranger. Nice day isn’t it?”

Since it’s been warm outside recently (at least where I live), what better time is there for a poem about snow? This fun little poem, “Snow, Aldo,” is by Kate DeCamillo.

Once, I was in New York,
in Central Park, and I saw
an old man in a black overcoat walking
a black dog. This was springtime
and the trees were still
bare and the sky was
gray and low and it began, suddenly,
to snow:
big fat flakes
that twirled and landed on the
black of the man’s overcoat and
the black dog’s fur. The dog
lifted his face and stared
up at the sky. The man looked
up, too. “Snow, Aldo,” he said to the dog,
“snow.” And he laughed.
The dog looked
at him and wagged his tail.

If I was in charge of making
snow globes, this is what I would put inside:
the old man in the black overcoat,
the black dog,
two friends with their faces turned up to the sky
as if they were receiving a blessing,
as if they were being blessed together
by something
as simple as snow
in March.

It happened yesterday for the first time. For the first time in months I recognized that winter was fading and spring was coming. It’s not coming quick or earlier than usual, but it’s coming and the first signs were there.

The mid-morning walk offered some clues. It’s been getting warmer out. Recently, a hat and gloves have feel extraneous rather than absolutely necessary. But more important was the light: the gray and bright fading in an out as clouds blew around overhead. And as much as I know that this is a local weather pattern and not anything that it’s wise to extrapolate from, I couldn’t help it.

But it was later, when the hot air in the kitchen was interrupted by the cool air from outside that I was sure. Sure because of that key sign. The air outside was cool; not cold, not biting, not frigid. It was cool. Surely, a meteorologist will tell you I’m unwisely extrapolating again. Maybe I am, but I know it’s coming.

There’s a certain anticipation which should accompany every season. A change in the weather, in places fortunate enough to get changes in the weather, is the surest sign that time is passing. A gentle reminder that days do unavoidably become weeks, months, seasons, years, decades, and lives.

The new season gently asks by it’s difference, if you’re ready, if you’re satisfied, if you’re sure. If, indeed, you’re willing to enter the next season and the next year the same way you’ve lived this season and year.

Some people think that these questions are best asked between December 30 and January 2, but I’m sure they’re not. The two days that we use to mark the passing of the old and the arrival of the new are just that: days. If you blink you can miss them, and blinking through the new year is an underrated thing.

Perhaps people use those days because it’s hard to miss all the pomp and circumstance with which we mark 12:00 am on January 1st. But the passing of winter into spring can be missed. Its rarely noted and almost never celebrated. And worse, we spend so much time indoors we can easily forget we live in a place where the temperature isn’t always 68°F. A place where seasons pass. Where winter gives way to spring.

Outside my window, the rarely-trafficked street is still white, only the manhole cover that managed to melt through gives a hint that there’s anything not white under there. The gray sidewalks–which must be shoveled both as a courtesy to fellow pedestrians and out of fear for the law–form a coherent border between the white over grass and the white over blacktop.

It snowed, off and on, for three consecutive days. The total accumulation on grass is almost certainly less than six inches–a somewhat high but not unexpected total for the areas of Colorado where people live. Many non-locals mistake Colorado’s ski areas for the “front range” where the vast majority of it’s people live. They’re surprised by the news that this snow will likely have vanished without a trace by next Monday.

But if Colorado’s weather is nothing else, it’s variable. There’s a running joke–however unfunny–among locals that Colorado’s the only place you’ll need hat and gloves in the morning, shorts at lunch, and a rain slicker by dinner. Though such a day has never occurred in my memory, this week does show the origins of the lie.

Six days ago, I stepped outside to walk the dog. I was expecting weather as it had been–about 45 and a tad too windy–instead my first thought was “this is awfully nice weather for October,”–65, sunny, only a slight breeze. Upon realizing that we’d recently entered the month of December, I was stunned and ecstatic with my good fortune.

By that evening, with the weathermen telling us that snow would soon fall, there was little surprise. This was Colorado, after all, and the weather had changed dramatically from my shorts-envying noon-time walk. It was again around 40 and windy, as sure a sign as any that the weathermen we’re completely wrong.

Nonetheless, I was modestly shocked waking to a light dusting of snow last Thursday. Such weather had certainly been predicted, but Colorado’s meteorologists are fond of saying that their’s is a very difficult job.

Today, the view outside of my window could be called–a little generously–a winter wonderland. We’ve got the extra-brightness engendered by snow that skiers know so well. Last Monday, I probably would have seen a cool dry Colorado winter, a little dispassionate gray in the sky. And I’m happy to report that I don’t have any idea what next Monday will bring.

Yesterday was the Fourth of July. Today, the Fifth of July, I’m remembering the best part of that Wednesday. And though it came around dusk, it was not fireworks. Loud man-made explosions are interesting, yes, but rarely so beautiful as the things we can’t control.

Yesterday, as it got toward dusk, cloud seemed to flood the sky. And though it looked a fair bit like rain, none fell.

But the colors you get on clouds over Colorado at sunset are truly breathtaking. Yesterday was no exception.

I stood outside on the driveway to see. To the far left the sky was a late afternoon shade of blue. A little to the right, the first clouds I could see were only a shade darker. But as we swept toward the middle of the frame, the sky hit a deep and vibrant purple. Purple of a color you love to see in the sky, where it clearly doesn’t belong.

Further on, the purple faded to a light shade of pink. Salmon colored.

Further on, as we got as far right as we could see, the sky was yellower than it’s ever been. And I say this knowing that the yellow of last night was oranger than most yellows, but brighter and more vibrant than I’d ever seen.

I felt certain, though I couldn’t see him, that behind these clouds the sun was smiling. He was smiling, content that he’d made something so beautiful. That the clouds had been there to help.

Such events can lead a man to ask questions. Who can I thank for this? How can I deserve this? Is someone making this? Is pollution making these colors so bright?

But mostly, it just leaves us rapt in awe. And there are few better states than that.