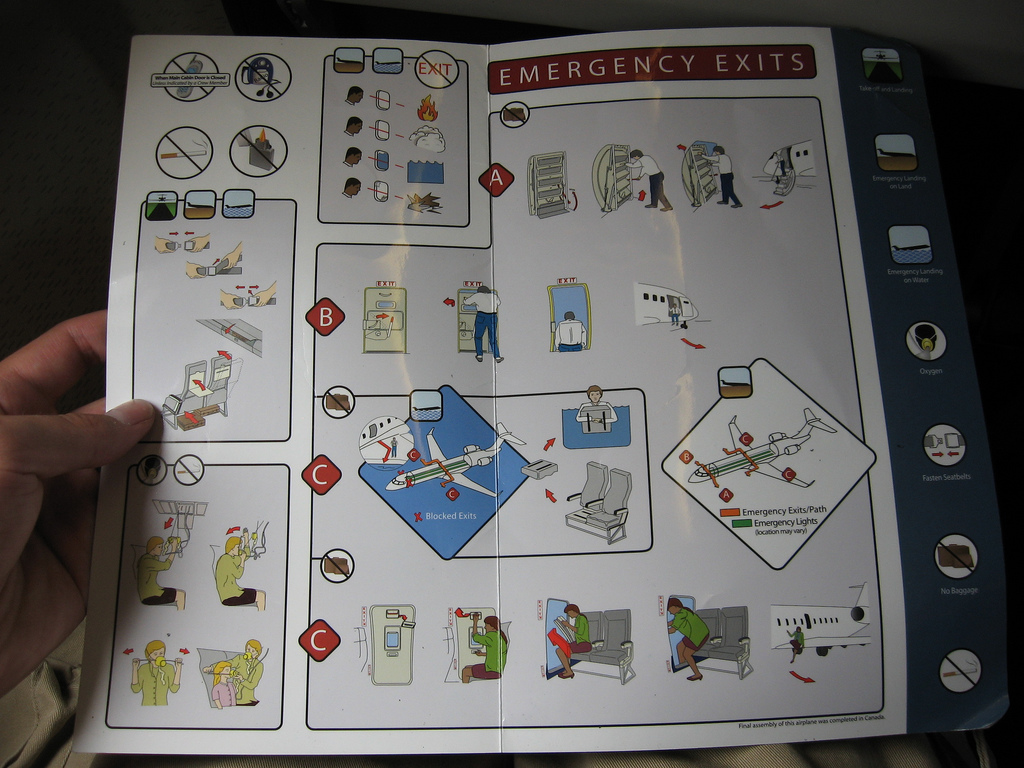 All my life I’ve wanted to go change the world. Make it better, more like I thought it should be. And it took my a long time, but I finally know something about that process of changing the world: it starts with you.

The single thing in the world you have undeniable influence over is yourself. Your mental and physical reality is the only thing you have meaningful control over. Getting that in order is a great first step for putting the world in order.

One of things I always wanted to change out in the world was that I saw conflict and strife cropping up in places it wasn’t necessary. Misunderstandings have an amazing tendency to become emotional or physical conflicts between people, groups, and nations. It’s always seemed an insane and unnecessary process.

And I saw the urgent need to change that in the external world. But it took me a while to realize that right in my own life this very problem, which was so obvious in the wider world, was operating. Emotionally, I’d regularly find myself out of control and blowing a simple misunderstanding well past its proper proportions.

What I came to realize is that it’s nearly impossible to reasonably expect others to respond calmly to situations when you can’t do it yourself. I wanted other people to check their understanding before they got angry, but I’d myself regularly failed to do it. I’d fly off the handle and not realize it.

So I’ve spent the last few years working on myself. I’m less prone — though I still have some distance to go — to fly off the handle and find myself out of control. It’s a gradual process, bringing more peace into yourself, but it’s made a difference. Numerous people in my life have noticed and commented on the change, so I’m confident in it even as I’m sure it’s not complete.

My whole life I’ve heard a direction about oxygen masks on airplanes: in the case of an emergency, parents should put on their own first before they help their children. To the untrained observer this may read as cruel or stupid: a child is more vulnerable and in need of help. But a parent who passes out from oxygen deprivation trying to save their child is of the least possible use to their child. So you work on yourself first.

A few days ago, I read about the recent results of the Pew Global Attitudes project. Here is part of Pew’s summary of their own results (full summary here):

A 47-nation survey finds global public opinion increasingly wary of the world’s dominant nations and disapproving of their leaders. Anti-Americanism is extensive, as it has been for the past five years. At the same time, the image of China has slipped significantly among the publics of other major nations. Opinion about Russia is mixed, but confidence in its president, Vladimir Putin, has declined sharply. In fact, the Russian leader’s negatives have soared to the point that they mirror the nearly worldwide lack of confidence in George W. Bush.

These are merely the most popular of the results. There are number of potentially more interesting things that I was modestly surprised by.

Pew reports that dislike of America and its methods of business are decidedly lower in African countries than it is even in traditional allies like Israel, Poland, and Japan. I was left questioning the methodology of the survey, wondering if the methodology itself could sway the data toward an upper-class data set (by virtue of phone penetration) that would in general have a different view than their fellow citizens. Alas, upon closer examination I found that the results were gathered face-to-face in most of these countries, leaving me with something more of a mystery.

I also found it interesting that a lot of the distrust of US power was due not only to our continued “coalition” presence in Iraq and NATO presence in Afghanistan, but to our perceived role in continuing pollution levels that are harmful to the environment (though China merited a good deal of the burden for this as well), and our continued leadership in sustaining the divide between rich and poor.

More troubling to me personally, is that Pew reports that views of the American citizenry are increasingly coming to see it as just as culpable for US policies as our government is. This is not really unexpected, after all, we are electing our leaders, but why this has changed since the survey was last conducted in 2001 is something of a mystery to me.

I could go on, but I think I covered all the major points I saw. I would really encourage you to give the summary a look. It’s very interesting stuff, and I mean that.

Today on “Other People’s Words,” what Zbigniew Brzezinski, President Carter’s National Security Adviser, told Charlie Rose about the actions the next president must take to restore America’s place in the world.

I think the next President should say to the world that the United States wants to be part of the solution to its problems and not, in part, the maker of their problems. And that the United States is prepared, really, to be engaged in the quest to give people in the world the dignity that they seek today, the social justice that they feel they are deprived of, and the common solution to global problems [that they desire].

But secondly, I think the president has to say very credibly and forcefully to the American people that to do that [they] have to think hard about their definition of… the good life. That the hedonistic-materialistic society at high levels of consumption [and] increasing social inequality is not a society that can be part of the solution of the world’s problems. And therefore, the president has to project to the American people a sense of demanding idealism. Idealism which is not based on self-indulgence, but on self-denial and sacrifice. Only such an America can be credible to the world.

On today’s Other People’s Words, Anthony Bourdain, formerly the head chef of Les Halles in New York, now a foie gras advocate and food-and-travel show host. This is what he had to say about himself and the world as he left Beruit in the summer of 2006, as the war with the Israelis was in full swing.

In the few years since I’ve started to travel this world, I’ve found myself changing. The cramped cynical worldview of a man who’d only seen life through the narrow prism of the restaurant kitchen had altered. I’d been so many places, I’d met so many people from wildly divergent backgrounds, countries, and cultures.

Everywhere I’d been, I’d been, as in Beruit, treated so well. I’d been the recipient of so many random acts of kindness from strangers and I’d begun to think that no matter where I went or who I sat down with, that food and a few drinks seemed always to bring people together. That this planet was filled with basically good and decent people doing the best they could, if frequently under difficult circumstances. That the human animal was perhaps a better and nicer species than I had once thought.

I’d begun to believe that the dinner table was the great leveler, where people from opposite sides of the world could always sit down and talk and eat and drink and if not solve all the worlds problems, at least find, for a time, common ground.

Now, I’m not so sure. Maybe the world’s not like that at all. Maybe in the real world–the one without cameras and happy food and travel shows–everybody, the good and the bad together, are all crushed under some terrible wheel.

I hope, I really hope, that I’m wrong about that.

And while my messianic tendencies have declined since I was in the first grade, they are not dead. Though I’m no longer a Catholic, I still think, from time to time, that I’m rather saintly.

Perhaps we could blame my ephemeral convictions of my own importance on how children are raised “today.” The way they tend to be praised more and scolded less. Loved more, encouraged more, impressive more.

Please don’t take me as someone convinced that children are soft these days. Though I don’t disagree that I had it far better than my grandparents, I don’t think they would want me to go through all they did.

They, like most, realize that to the extent that society has made us soft, it’s also given us more comfort and time. And whether we use it for good or bad, this is a nice state of affairs.

But if I may, I’d go back to the Jesus thing. Though I’m no longer convinced of my religious significance, I still think that I can and should do something for the world.

At the risk of angering some, I would argue that Jesus certainly didn’t change the world by himself. To the extent that his teachings came to matter, it was through the concerted effort of his early followers, and later, Roman and then Church bureaucrats.

But he did offer the world something. He offered ideas that have had positive impacts in human lives for hundred of years. I’m not arguing in favor of Christianity, but rather in favor of ideas. Any idea that resonates with people and forces them out of their own little world.

I believe that ideas have transformative effects far beyond any single person.

Ghandi didn’t end British control in India. Martin Luther King, Jr. didn’t end segregation. But the force of their ideas and the courage of their convictions turned the tide. Helped to push others to ask themselves about their thoughts, their beliefs. What was right, what was wrong.

I still don’t know if I can save the world. Or if I can change even the smallest bit. But I believe that if I do, it will have to be through ideas.