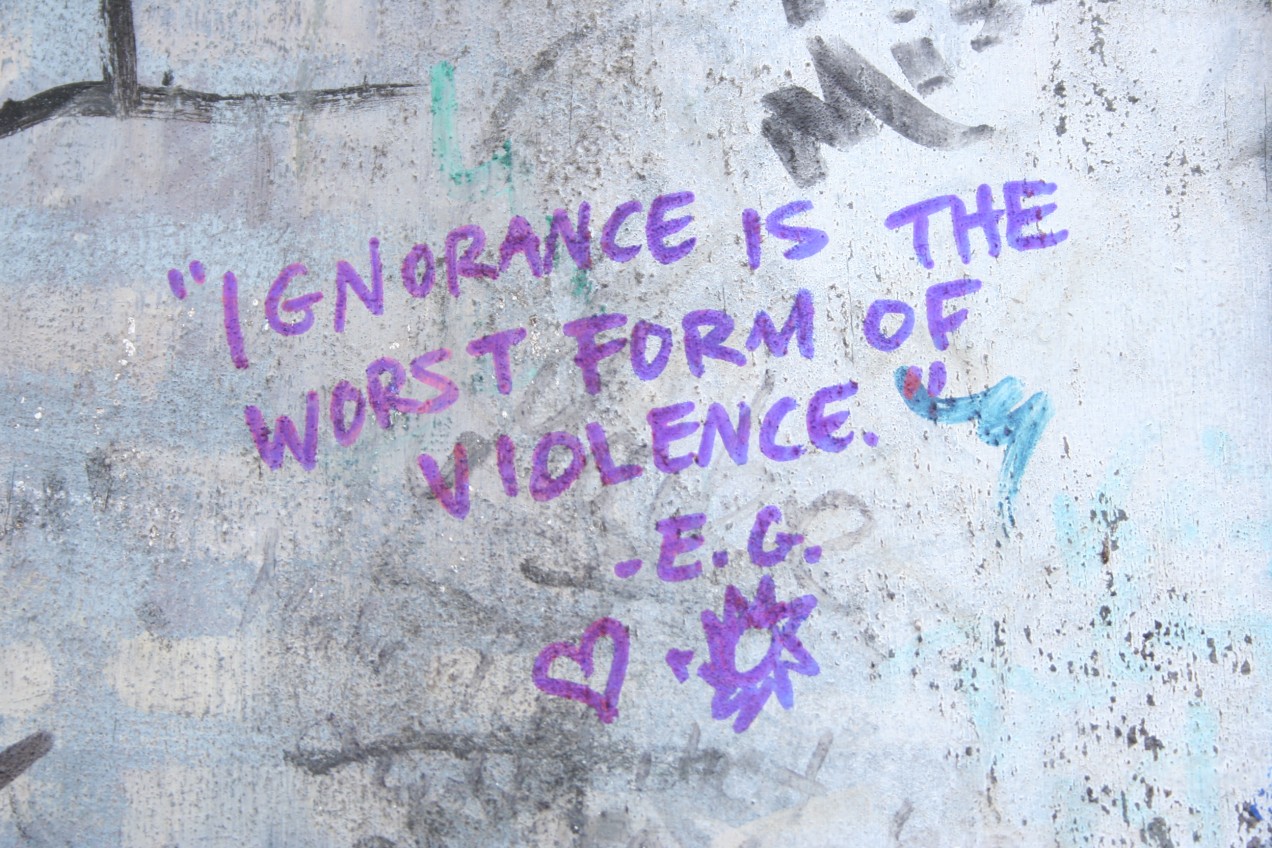 When you stop to think about it, it’s shocking how little we actually understand about anything. We know only the edges of things, and use them to guide our reasoning about them. Neuroscientists and psychologist are increasingly aware how few of our decisions and thoughts are a result of careful consideration. We constantly make inferences and jump to conclusions without a lot of evidence. This is what makes it possible for us to do as many things as we do, but it’s also a big source for the growth and stability of ignorance.

I find it undeniable that ignorance is everywhere. I’d argue that someone who doesn’t see giant holes of ignorance inside of them is almost certainly just ignorant of one very big fact — that of the rest of their ignorance.

Whenever I think about ignorance, I’m reminded of Hanlon’s razor. Hanlon’s razor is typically rendered as “Never attribute to malice that which is adequately explained by stupidity.” And surely, I agree. But I think it’s both accurate and useful to recognize that stupidity is just a specific type of ignorance — the ignorance of one’s ignorance — so I’m more partial to the formulation:

Never attribute to malice that which is adequately explained by ignorance.

Admittedly, ignorance isn’t quite as nice sounding a word, but it’s a more accurate and useful idea there. I don’t think it’s useful to dispute that there are examples of active and knowing malice in the world. But I think those are dwarfed, if not rendered totally insignificant, by the apparent malice that results from ignorance.

To my memory, there three varieties of situations in which I’ve caused harm without even realizing what my actions were.

Almost every thing which seems malicious and bad in the world is a result of one of these three types of ignorance: personal, external, or future. If I truly and fully comprehend all the details of reality as it exists inside of my body, in the environment around me, inside the bodies of those in that surrounding environment, and in the future, nothing bad will ever happen in my life. If it were that way for everyone, we’d live in a just, harmonious, and kind world.

We can’t really do that, but we can learn. We can pay attention. And we can consider the impact of our actions as we do them. Those are the paths to peace in the world, in your personal life, and in yourself. It’s not complicated, but it’s exceptionally difficult. Ignorance is our unchosen companion. Our brains are feeble and distractible, but understanding and learning ever more about reality is key to making the world a better place.