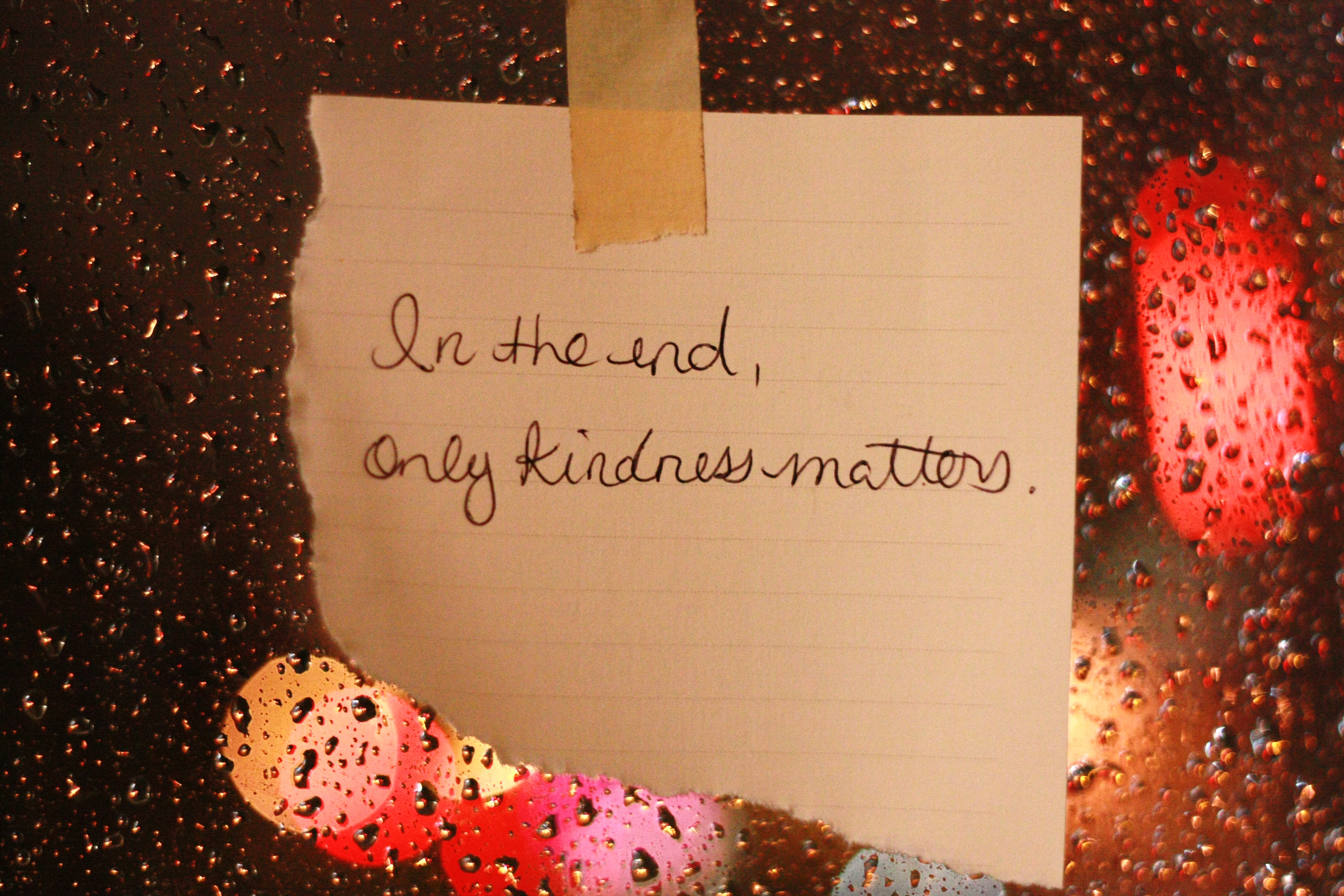 If there’s one thing that I’m certain of its that there is a big difference between not being actively mean to someone and being kind to them. And yet for a long time I didn’t realize there was a difference. It not as though if you’d asked me if those two sequences of words had the same meaning I’d have said yes, but I didn’t really understand and appreciate the difference. I took a determinedly neutral approach to everyone.

And one of the outcomes of that approach was that people would tend to think I didn’t like them. I’d get that feedback intermittently, but consistently, once I got to know someone. And for the most part it baffled me. I’d laugh it off, but I really didn’t understand where they’d gotten the impression: I may not have formed an opinion about them, but I certainly didn’t dislike them.

But what’s started to dawn on me as I’ve gotten older is that we don’t have much to go on about other people. And neutrality isn’t the same thing as kindness. It doesn’t make people like you, or want to help you, and it certainly doesn’t get them thinking highly of you. And so, in the absence of another way to read it, neutrality is read — sanely, defensibly, commonly — as dislike.

In a fantastic and much linked, including by me, commencement speech the New York Times recently published, the author George Saunders talks clearly about the disadvantage of simply not being mean:

But still.  It bothers me.

So here’s something I know to be true, although it’s a little corny, and I don’t quite know what to do with it:

What I regret most in my life are failures of kindness.

Those moments when another human being was there, in front of me, suffering, and I responded…sensibly.  Reservedly.  Mildly.

But when I’d try to extend the golden rule to kindness, I always hit a cognitive block. Sometimes people just want to be left alone. Sometimes, as you cry alone in public, you want nothing more than to have no one acknowledge that you’re crying.

But this is, it’s slowly dawning on my, at best a weak excuse. Almost no one rebuffs an active effort to help. And in so many more situations the offer to help is welcomed. The likely worst outcome is that someone will politely decline.

I know nothing so thoroughly as that the habit of staying in the background and hoping thing work out for that person I see before me is going to be stubborn and hard to break — that’s how habits are. But I know, just as certainly, that being kind to people I meet— in an active, positive, involved way — is worth the fight.