The State of the Unions 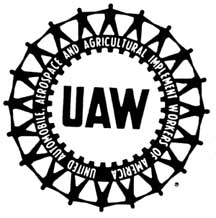 Believe it or not, there was a time and when the rich and greedy — let’s make them monocled as well — captains of industry had something grave to fear in these United States beyond the possibility that their indefensible tactics would be caught and stopped by government oversight. There was a time when the people, yes the people, could stand up to their employers and demand better working conditions, better pay, or better practices.

Before I go too far into a mythical and unrealistic vision of the unionized past, three key facts should be made explicit. First, this country was never well-unionized beyond a few enclaves–primarily the public sector and heavy industries. Second, to the extent that unions were ever powerful, they never reached high up the job ladder. And finally, unions never secured unlimited government support, tacit or explicit. Since the presidency of Franklin Roosevelt, no doubt the most supportive of all American presidents, laws have been making it ever more difficult to organize.

Overarching those facts is the most salient of all: ever fewer people belong to labor unions. Unions are small and getting smaller. The fracturing of that labor market, the departure of most heavy industry, and stricter organizing rules make the future look bleak.

The most powerful unions in this country are probably those least in need of organizing. The Writers Guild of America went on strike on Monday–but television and film writers are hardly the ideal of blue-collar workers that unions are usually associated with. Writers may not be the best paid workers in Hollywood, but they’re hardly scraping by month-to-month.

For blue-collar workers, the last time the once-powerful United Auto Worker’s struck, during negotiations with Chrysler, the strike lasted less than six hours. This isn’t because the privately-owned car company feared the losses that would come from a prolonged strike, but because it was absurd for them to have a strike while workers were asking for so little.

The causes of the weakness of organized labor in this country are both long-standing and new, international and extremely local. Perhaps most saliently in our history, unions struggle as “communistic” and thus immediately distasteful. They’re also no match for the growing and compartmentalized white-collar job market that seems to be this country’s future.

Further, few of the emerging industrial powerhouse–Brazil and China, but India, and perhaps Mexico as well–have well-organized labor movements. This allows costs there to be not only low for “first world” standards, but also low in comparison to what the workers would feel they deserve. The low cost of manufacturing elsewhere means that manufacturing unions, like the UAW, can’t ask for much because the workers they represent could be easily and cheaply replaced if they demand much.

All of this bodes poorly for labor unions in this country. And whether you fête or mourn the passing of organized labor, it’s hard to deny that it’s passing diminishes the say of average people in the economy. The primary way for people to make sure that a company doesn’t misbehave is increasingly being reduce to reliance on concerned “whistle-blowers”–who aren’t faring too well either–and government oversight. I, for one, am none too happy about that.

One response to “The State of the Unions”