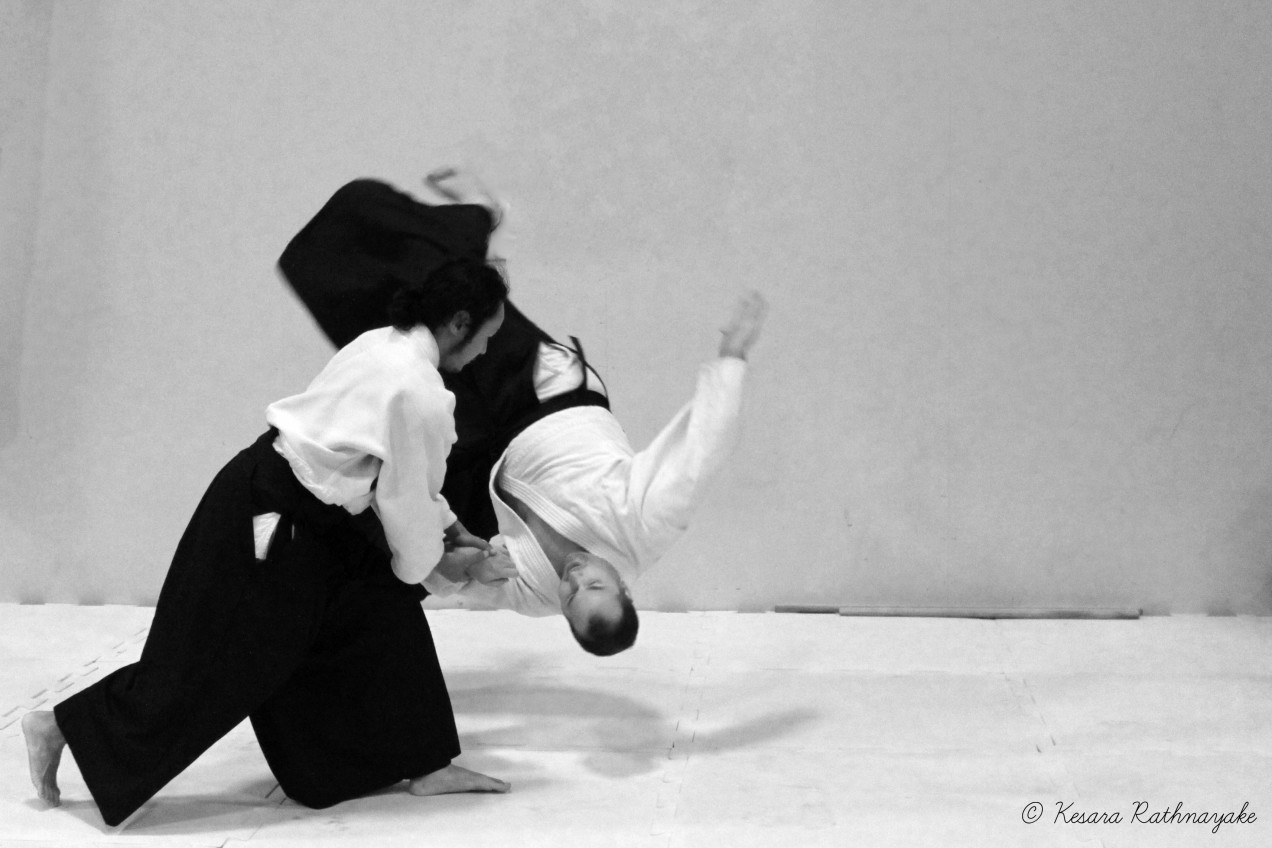 Most people think of power as assertive and domineering. That power rides up to the world and forcefully changes the way that it flows. Sometimes, power does look like this. And it’s undeniable that this kind of power is the most visible and compelling.

But as many martial artists know, there’s a lot of power in taking the way the winds are blowing and modestly intervening to better align it with your interests. While the traditionally powerful fighter will stride confidently into the ring and forcefully throw punches at will, a clever and skilled master in any of a number of martial arts will seize this as a great and powerful opportunity. When the opponent is assertive and driving the fight, a defender aware and knowledgeable of what the attacker does is able to take advantage of the weaknesses his style exposes.

Acceptance of the opponent’s style is powerful in fighting because it allows you to turn a fight from a one-on-one affair into a two-on-one match. Me and my opponent’s aggressive style against my opponent. There’s a reason martial arts movies love to tell this story, and a reason we keep needing to hear it — we still don’t really get it.

We continue to insist that we know the way to do things in the world, and that way is to set a course and push valiantly in that direction until we succeed. And that can and does work at times. But it works only when it’s got all the luck of the world flowing behind it. When it (more typically) fails, we think that we’ve failed. But the failure’s root cause will likely be that we allowed ourself to completely ignore the way the world really is.

To many, especially stereotypically Western, mindsets, acceptance is something that weak subservient people have to learn. This mindset leads to the belief that world is led (or should be led) by those who have the ability to dominate and change present conditions. But even the most strident person can probably think of at least a few times when acceptance would have helped.

Acceptance’s power lies in its lack of denial. Where the domineering mindset may well have to fights two fights — against both reality and it’s actual fight — simultaneously, a wise acceptance constrains the problem to its own fight. By accepting, respecting, and taking full view of reality as it is right now, acceptance allows one to start from a place of knowledge rather than ignorance. And by working with reality, acceptance has a lot of power.

I’ve used this quote more than a few times on this site, and it’s been a defining one in my life. But I always return to it because it’s so accurate. Henry Miller:

The power of acceptance is that it removes from play all those hidden corners of reality that can defeat you. By accepting everything you can see and sense fully, the world as it is becomes yours to change. By denying any facet of reality, the world is yours to slowly and blindly fight against. The choice is yours, but I recommend acceptance.